James Joseph Brown (May 3, 1933 – December 25, 2006) was an American singer, songwriter, musician, and recording artist. He is one of the founding fathers of funk music and is a major figure of 20th century popular music and dance. 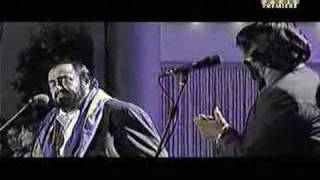 In a career that spanned six decades, Brown profoundly influenced the development of many different musical genres. Brown moved on a continuum of blues and gospel-based forms and styles to a profoundly "Africanized" approach to music making. First coming to national public attention in the mid 1950s as a member of the R&B singing groupThe Famous Flames, Brown performed in concerts, first making his rounds across the Chitlin' Circuit, and then across the country and later around the world, along with appearing in shows on television and in movies. Although he contributed much to the music world through his hitmaking, Brown holds the record as the artist who charted the most singles on the Billboard Hot 100 without ever hitting number one on that chart.

For many years, Brown's touring show was one of the most extravagant productions in American popular music. At the time of Brown's death, his band included three guitarists, two bass guitar players, two drummers, three horns and a percussionist. The bands that he maintained during the late 1960s and 1970s were of comparable size, and the bands also included a three-piece amplified string section that played during ballads. Brown employed between 40 and 50 people for the James Brown Revue, and members of the revue traveled with him in a bus to cities and towns all over the country, performing upwards of 330 shows a year with almost all of the shows as one-nighters. In 1986, he was inducted into the Rock and Roll Hall of Fame and in 2000 into the Songwriters Hall of Fame. Brown died on Christmas Day 2006 from heart failure after becoming ill two days earlier and being hospitalized for hours. He is buried in Beech Island, South Carolina.

James Brown was born in Barnwell, South Carolina on May 3, 1933, to Susie (née Behlings) Brown (August 8, 1916 – February 26, 2004) and Joseph ("Joe") Gardner (March 29, 1911 – July 10, 1993) (who changed his surname to Brown after Mattie Brown who raised him). Although Brown was to be named after his father Joseph, his first and middle names were mistakenly reversed on his birth certificate. He therefore became James Joseph Brown, Jr. As a young child, Brown was called Junior. When he later lived with his aunt and cousin, he was called Little Junior since his cousin's nickname was also Junior. Later as an adult, Brown legally changed his name to remove the "Jr." designation. Brown claimed to have African, Chinese and Native American ancestry.

As a young child, Brown and his family lived in extreme poverty in nearby Elko, South Carolina, which at the time was an impoverished town in Barnwell County. When Brown was two years old, his parents separated after his mother left his father for another man. After his mother abandoned the family, Brown continued to live with his father and his father's live-in girlfriends until he was six years old. His father then sent him to live with an aunt, who ran a house of prostitution. Even though Brown lived with relatives, he spent long stretches of time on his own, hanging out on the streets and hustling to get by. Brown managed to stay in school until he dropped out in the seventh grade. During his childhood, Brown earned money shining shoes, sweeping out stores, selling and trading in old stamps, washing cars and dishes and singing in talent contests. Brown also performed buck dances for change to entertain troops from Camp Gordon at the start of World War II as their convoys traveled over a canal bridge near his aunt's home. Between earning money from these adventures, Brown taught himself to play a harmonica given to him by his father. He learned to play some guitar from Tampa Red, in addition to learning to play piano and drums from others he met during this time. Brown was inspired to become an entertainer after watching Louis Jordan, a popular jazz and R&B performer during the 1940s, and Jordan's Tympany Five performing "Caldonia" in a short film.

Brown began his performing career at the age of 12, forming his first vocal group, the Cremona Trio in 1945, where they won local talent shows at Augusta concert halls such as the Lenox and Harlem theaters. As a result of this success, the group would later gig at several high schools and local army bases. At the age of sixteen, he was convicted of armed robbery and sent to ajuvenile detention center upstate in Toccoa in 1949. While in prison, he formed a gospel quartet with fellow cell mates Johnny Terry, "Hucklebuck" Davis and a person named "Shag", and made homemade instruments – a comb and paper, a washtub bass, a drum kit made from lard tubs and for Brown, what he called "a sort of mandolin [made] out of a wooden box." Due to the latter instrument, Brown was given his first nickname, "Music Box". In 1952, while still in reform school, Brown met future R&B legend Bobby Byrd, who was there playing baseball against the reform school team. Byrd saw Brown perform there and admired his singing and performing talent. As a result of this friendship, Byrd's family helped Brown secure an early release on June 14, 1952 after serving three years of his sentence. The authorities agreed to release Brown on the condition that he would get a job and not return to Augusta or Richmond County and also under the condition he find a decent job and sing for the Lord as he had promised in his parole letter. After stints as a boxer and baseball pitcher in semi-professional baseball (a career move ended by a leg injury), Brown turned his energy toward music.

At the end of his life, James Brown lived in a riverfront home in Beech Island, South Carolina, directly across the Savannah River from Augusta, Georgia. James Brown was diagnosed with diabetes at a very early stage of his life. In 2004 Brown was successfully treated for prostate cancer. Regardless of his health, Brown maintained his reputation as the "hardest working man in show business" by keeping up with his grueling performance schedule.

Much controversy surrounds Tomi Rae Hynie's marriage to James Brown on December 23, 2002, officiated by Rev. Larry Fryer. Brown's longtime attorney, Albert "Buddy" Dallas, reported that the marriage between Brown and Hynie was not valid because Hynie was married at that time to Javed Ahmed, a Bangladeshi whom Hynie claimed married her for a Green Card in an immigration fraud. Although Hynie stated that her marriage to Javed Ahmed was later annulled, this annulment did not occur until April 2004. In an interview on CNN with Larry King, Hynie produced a 2001 marriage certificate as proof of her marriage to James Brown, but she did not provide King with court records pointing to an annulment of her marriage to him or to Ahmed.

According to Dallas, Brown was angry and hurt that Hynie concealed her prior marriage from him, and that Brown moved to file for annulment from Hynie. Dallas added that, although Hynie's marriage to Javed Ahmed was annulled after she married James Brown, the Brown-Hynie marriage was not valid under South Carolina law because Brown and Hynie did not remarry after the annulment. In August 2003, Brown took out a full-page public notice in Variety Magazine featuring Hynie, James II and himself on vacation at Disney World to announce that he and Hynie were going their separate ways.

In a separate CNN interview, Debra Opri, another Brown family attorney, revealed to Larry King that Brown wanted a DNA test performed after his death to confirm the paternity of James Brown II — not for Brown's sake, but for the sake of the other family members. In April 2007, Hynie selected a guardian ad litem whom she wants appointed by the court to represent her son, James Brown II, in the paternity proceedings. On December 23, 2006, James Brown became ill and showed up at his dentist's office in Atlanta, Georgia several hours later than his appointment fordental implant work. During that visit, Brown's dentist observed that Brown looked "very bad ... weak and dazed." Instead of performing the dental work, the dentist advised Brown to see a doctor right away about his medical condition.

Brown checked in at the Emory Crawford Long Memorial Hospital the next day for a medical evaluation of his condition, and he was admitted to the hospital for observation and treatment. According to Charles Bobbit, Brown's longtime personal manager and friend, Brown had been sick and suffering with a noisy cough since he returned from a November trip to Europe. Bobbit also added that it was characteristic of Brown to never complain about being sick, and that he frequently performed during illness.[18] Although Brown had to cancel upcoming shows in Waterbury, Connecticut andEnglewood, New Jersey, Brown was confident that the doctor would discharge him from the hospital in time to perform the New Year's Eve shows. For the New Year's celebrations, Brown was scheduled to perform at the Count Basie Theatre in New Jersey and at the B. B. King Blues Club in New York, in addition to performing a song live on CNN for the Anderson Cooper New Year's Eve special.[84] However, Brown remained hospitalized, and his medical condition worsened throughout that day.

On Christmas Day, Brown died at approximately 1:45 am EST (06:45 UTC) from congestive heart failure resulting from complications of pneumonia, with his personal manager and longtime friend Charles Bobbit at his bedside.[85] According to Mr. Bobbit, Brown stuttered "I'm going away tonight", and then Brown took three long, quiet breaths and fell asleep before dying. Public memorial at the Apollo Theater in Harlem Brown's public and private memorial ceremonies were elaborate, complete with costume changes for Brown and videos featuring him in concert performances. Brown's body, which was placed in a Promethean casket, which is bronze polished to a golden shine, was driven through the streets of New York to the Apollo Theater in a white, glass-encased horse-drawn carriage. In Augusta, Georgia, the procession for Brown's public memorial visited Brown's statue as the procession made its way to the James Brown Arena. During the public memorial at the James Brown Arena, nachos and pretzels were served to mourners, as a video showed Brown's last performance in Augusta, Georgia and the Ray Charles version of "Georgia on My Mind" played soulfully in the background. Brown's last backup band, The Soul Generals, also played the music of Brown's hits during the memorial service at the James Brown Arena. The group was joined by Bootsy Collins on bass, with MC Hammer performing a dance in James Brown style. Former Temptations lead singer Ali-Ollie Woodson performed "Walk Around Heaven All Day" at the memorial services. 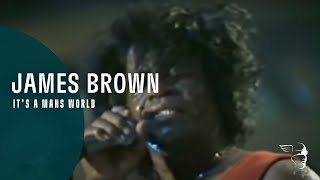