He was posthumously inducted into the Rock and Roll Hall of Fame in 1993. 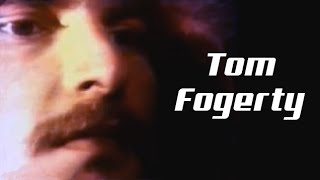 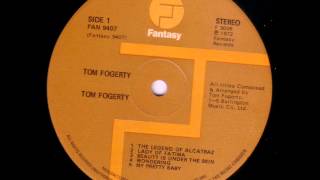 Tom Fogerty was born in Berkeley, California. He began singing rock and rollin high school. He and his younger brother, John, had separate groups. Tom's band, Spider Webb and the Insects (which featured Jeremy Levine of the Seeds), signed a recording contract with Del-Fi Records but broke up in 1959 before releasing any records. The Blue Velvets—a group led John—began backing Tom. Eventually Tom joined the band, and the group recorded three singles (with Tom on lead vocals) for Orchestra Records in 1961 and 1962. By the mid 1960s, the group had been renamed The Golliwogs and were recording with Fantasy Records, with Tom and John sharing lead vocal duties. In 1968, the band was again renamed—this time to Creedence Clearwater Revival—and John had become full-time lead singer and primary songwriter. During the few years of the life of CCR, Tom sang backing vocals and wrote songs, but only one of his songs ("Walking on the Water") was recorded. This lack of opportunity, along with festering, long-standing animosity with his brother, led him to leave the band in 1971.

Throughout the rest of the 1970s and 1980s, Tom Fogerty continued to record. He claimed all royalties and sued Fantasy Records. Later, Tom re-signed with Fantasy (effectively releasing an obligor—Fantasy Records, the deepest pocket—of joint liability and waiver of damages to his brother, an obligee). At the October 1980 reception for Tom's marriage to Tricia Clapper, all four members of CCR reunited and performed for the first time in a decade. They took the stage once more for a final time at a school reunion three years later. Tom Fogerty lived in Scottsdale, Arizona for the remainder of his life. He was an occasional surprise call-in guest on local radio station KSLX-FM.

At some point in the 1980s, after moving to Scottsdale, Arizona, he underwent surgery for his back. An unscreened blood transfusion caused him to be infected with HIV. It led to his death, officially of tuberculosis, on September 6, 1990. After his death, a music compilation titled The Very Best of Tom Fogerty was released. His remains were cremated and his ashes were given to his wife.